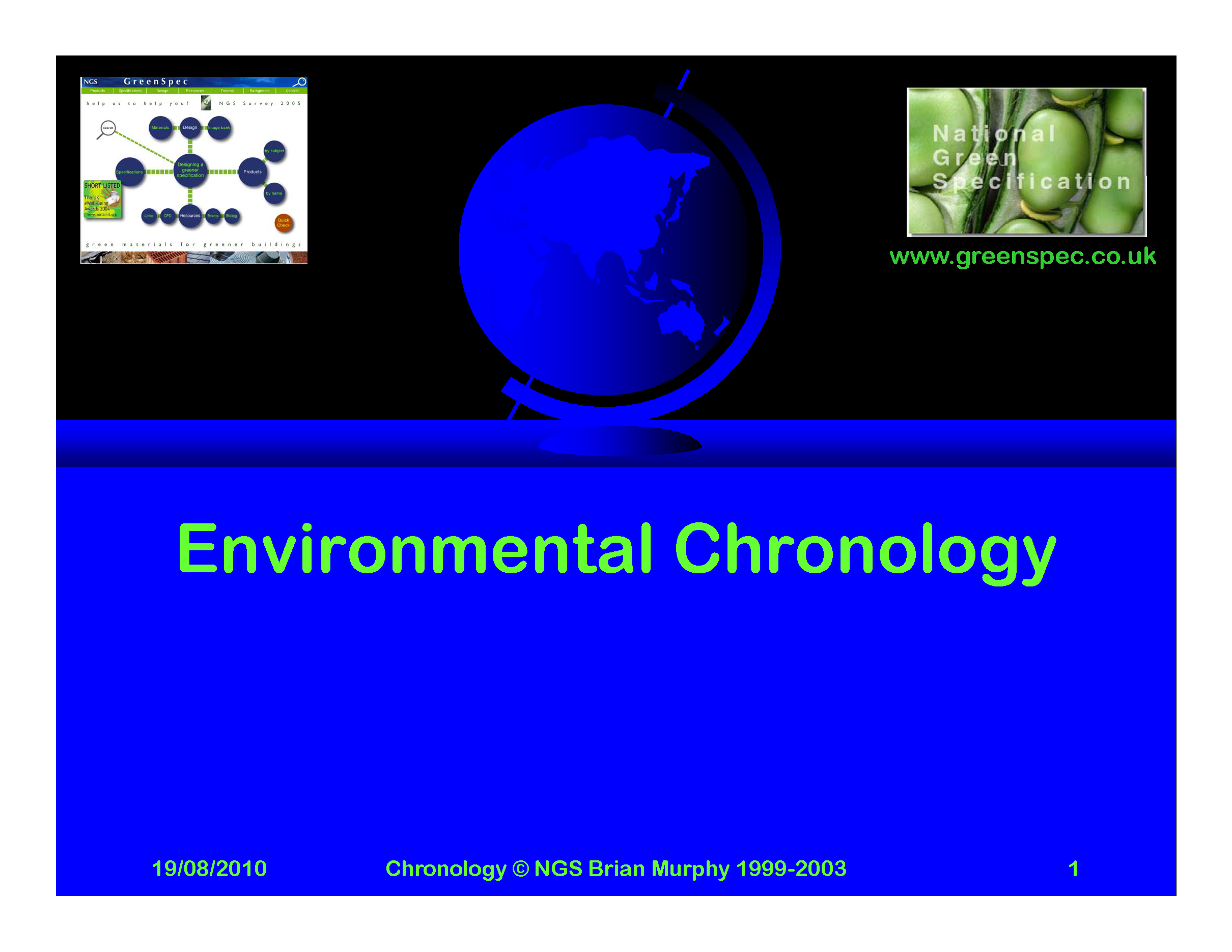 1935    There were practically no eco-friendly EV cars left on the road.

1966 The Agrément Board Established

1972 Limits of Growth: Published by the Club of Rome

1972 Blueprint for Survival by the Ecologist magazine

1973 Agrément Board
Test unit set up

1974 ChloroFlouroCarbons (CFCs) linked to the breakdown of ozone layer.

1978 What has become of Performance Specification

1987 Control of Asbestos at Work Regulations

1988 Substances for use at work: the provision of information

1988 James Hansen testified to the US Senate that

1989 The End of Nature: published by Bill McGibben

1989 COSHH in construction – a BEC guide

1989 CFCs and the Building Industry.

1989 Building Design and Use: response to climate change

1990 The Control of Substances Hazardous to Health (Amendment) Regulations

1991 BS 7373:Guide to the preparation of specifications
1991 Building Regulations

1992 Management of Health and Safety at work Regulations

1992 Management of Health and Safety at work (Amendment) Regulations

1992 Management of health and safety at work:

1992 the “new approach” to technical harmonisation and standards

July 1994 Best Practice in the Specification of Offices

1994 Control of Substances Hazardous to Health

1994 Managing Construction for health and safety

1995 Control of substances hazardous to health

1996 Taking back our stolen Future

1997 Water as a planning constraint

1997 Futures: Time to make a difference

1998 From design to dustbin

1999 British Board of Agrément

May 1999 Greening our Heritage 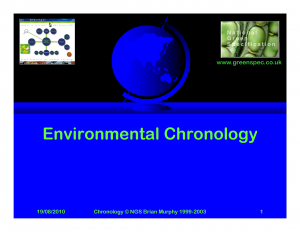 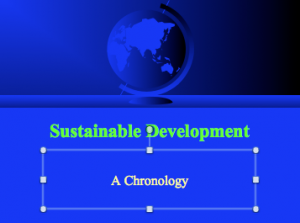 I acknowledge: the following for the idea and some of the content of this Chronology.