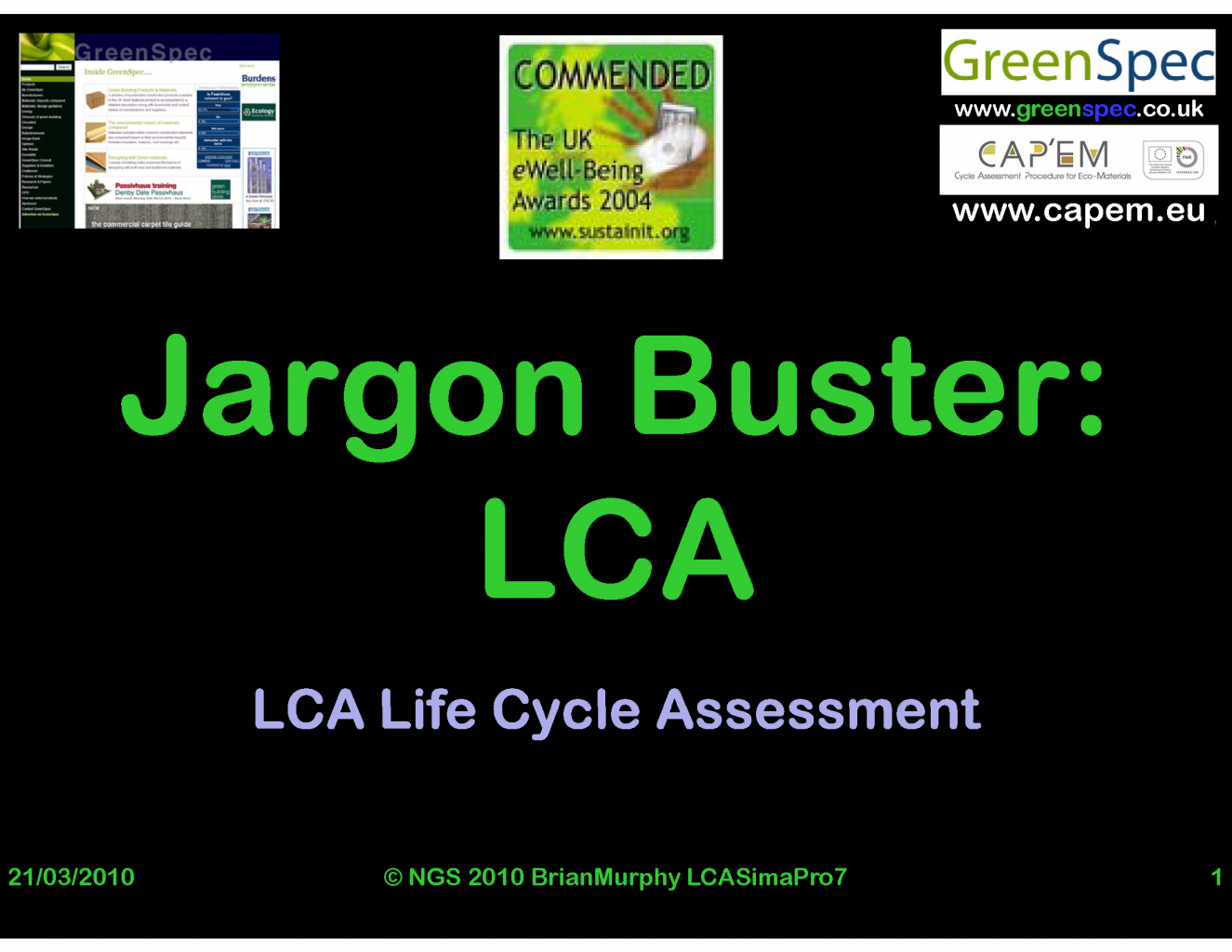 GBE Jargon Buster About
About:

GBE Jargon Buster is a part of GBE Code

BrianSpecMan attends lots of committee and steering group meetings listening to the pingpong of Jargon or TLA Three Letter Abbreviations or Acronyms bouncing round the table and at worst learns nothing, at best recognise enough of the words between the Jargon and TLAs to cope and get some understanding of the meeting content.

We use Jargon and TLA as shorthand to save time but this is reliant upon all present knowing the Jargon and TLAs being able to translate and understand the meaning rather than just the longhand.

BrianSpecMan has assembled a large glossary of terms from his own collection plus a number of sources to try to help us all with lots of new words and phrases in the Sustainability Revolution and construction generally.

BrianSpecMan has attempted to seek permission from the other authors for their use, but so far has only had a few replies.

In an attempt to mimic human brain neural networks and PATTERN LANGUAGE’s structure, each subject of the Jargon Buster gets its own page and is surrounded by links to the same subject in many other parts of the website enabling you to enrich your knowledge of the subject.

This allows me to stitch things together, you to find related information, search engines to get closer to more accurate answers to the request.

The online version of the GBE Jargon Buster cannot be read as single file but it comes from a single Word document:

If you can Design it, we can Define it