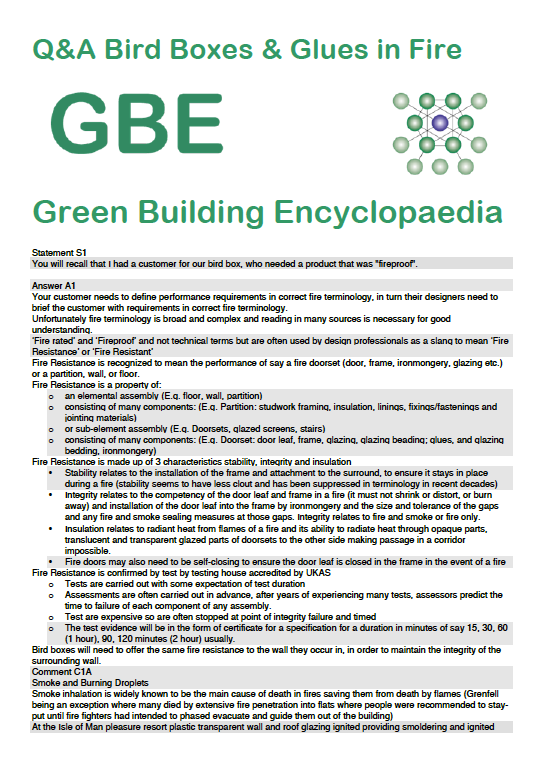 You will recall that I had a customer for our bird box, who needed a product that was “fireproof”.

Unfortunately fire terminology is broad and complex and reading in many sources is necessary for good understanding.

Fire Resistance is recognized to mean the performance of say a fire doorset (door, frame, ironmongery, glazing etc.) or a partition, wall, or floor.

Fire Resistance is made up of 3 characteristics stability, integrity and insulation

Bird boxes will need to offer the same fire resistance to the wall they occur in, in order to maintain the integrity of the surrounding wall.

At the Isle of Man pleasure resort plastic transparent wall and roof glazing ignited providing smoldering and ignited droplets of molten plastics to help spread the fire and kill people by toxic smoke inhalation and by flames.

I went to great lengths to find materials that would not burn; including glue that, on the tube, said it was fireproof.

Unfortunately this glue was inadequate as glue.